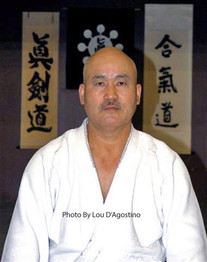 Sword-related accidents were becoming more common, and the need for a stronger foundation in safety and accurate technique was needed. After about ten years of teaching Battodo, Obata-sensei redirected his efforts into developing the fundamentals of his own stylized sword art, Shinkendo, a system based upon his experience, knowledge and historical research. In 1996, he also founded the Aikibujutsu Tanren Kenkyukai, a research and practice organization of bujutsu/ budo ranging from the earliest forms of aikijutsu to modern aikido. Taihojutsu (control and arresting techniques) is also part of the curriculum, and is an area tailored for use in the law enforcement and security fields.

Obata Toshishiro-kaiso is one of the most well-rounded and authentic martial artists in the field today. He is the Founder and Kaicho of the Aikibujutsu Tanren Kenkyukai, Founder and Chief Instructor of the Kokusai Toyama Ryu Renmei, and the Founder and Chief Instructor of the International Shinkendo Federation. In addition, Obata-kaiso has been translated important works published by the Hawley Private Library, such as "Mon"; "Bows, Arrows and Quiver"; "Token"; "Heiho Okugisho" and the "47 Samurai" (soon to be released). Obata-kaiso has also worked in the film industry writing screenplays, action coordinating and acting (appearing in movies such as Black Rain, Rage & Honor, Rising Sun, Demolition man, the Shadow, Showdown in Little Tokyo and the Hunted). He has also produced a number of martial arts videos, including Molten Fire, Crimson Steel, and Shinkendo – Samurai Swordsmanship, and authored several books, including Naked Blade, Crimson Steel, Kama, and Samurai Aikijutsu, and more recently Shinkendo: Samurai Swordsmanship and Shinkendo Tameshigiri: Samurai Swordsmanship and Test-Cutting. 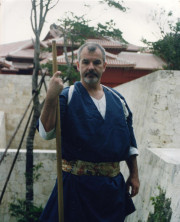 IRKRS Director Patrick McCarthy McCarthy Hanshi is the writer and founding director of the International Ryukyu Karate Research Society. McCarthy Hanshi is the author of many ground breaking books on the history and classical traditions of karate. His knowledge is unmatched in this medium. Hanshi travels much of the year internationally imparting his experience, wisdom and knowledge of the classical origins of the martial art tradition. In addition to the many books he has published Mr. McCarthy has produced a wealth of information in the form of DVDs, and other educational materials to help students and teachers, irrespective of style, get the very best understanding of Karate and Kobudo. Books, DVDs, CDs & Merchandise, etc. by Patrick McCarthy – Hanshi 9th Dan 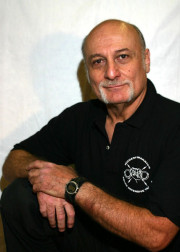 Modern Warrior® was founded in 1981 by Phil Messina (Sgt. NYPD Ret.) and is located at his specially designed, self defense training facility in Lindenhurst, NY. Phil's system is based on principles of Bo Fung Do, a martial art system geared for practical self defense against one or more opponents in an informal, non-traditional setting. Bo Fung Do, the art of multiple opponent combat, is an extension of a Kung Fu fighting style known as Wing Chun. As a student learns Bo Fung Do, he or she will learn some Wing Chun principles of combat that have been modified and tested to be more practical for fighting multiple assailants.

Bo Fung Do (The Way of the Sudden Storm) training teaches you the strong points of several styles of combat, plus techniques unique unto itself. Its practical and efficient approach allows the student to develop a total awareness of the mind and body functioning as one. Bo Fung Do is especially useful for Police Officers and persons defending themselves against multiple attackers. Because this training is specifically geared for life and death situations it is not suited for tournaments. 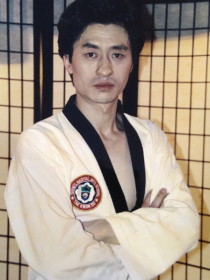 Master Choi is one of the most physically talented expatriots from Korea and my Taekwondo master with whom I began my martial art journey. Many thanks to him for helping me to begin to walk the way of the martial arts. Choi Kwanjanim is also known as a Shibumdan (demonstration man) his martial art demonstrations are always a crowd pleaser. Kwanjamnim is also very interested in films and has been featured in films, commercials, and his own instructional Videos and DVD's 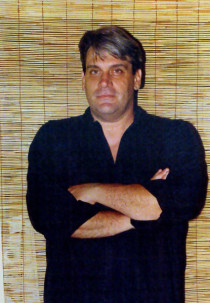